What Is In Restore II Probiotic?

Kordel's Restore II Probiotic capsules contain HOWARU® Restore, a probiotic for special medical purpose. HOWARU® Restore is an effective probiotic formulation for gastrointestinal support and special medical purpose, intended for adults, children above 6 years and pregnant women. It features a 10 billion CFU of four-strain combination (L. acidophilus NCFM®, L.paracasei Lpc-37, B.lactis Bi-07 and B. lactis Bi-04) which has been proven clinically to increase the number of bifidobacterial and lactobacilli in the intestines, contribute to restoring the intestinal microflora, and alleviate diarrhea, especially diarrhoea caused by antibiotics.

Of all the organs in the human body, those of the gut are most susceptible to external stress factors that can throw your beneficial bacteria off balance and undermine the body’s natural front line of defense. Antibiotic treatment, travel, a poor diet and a hectic way of life are just some of the stresses your GI tract may encounter on a daily basis.
HOWARU® Restore II is a probiotic formulation combining top-quality lactobacilli and bifidobacteria strains to address gut stress episodes. This clinically-documented formulation demonstrates proven efficacy in strengthening gut health.The HOWARU® Restore II formulation is designed to provide 50% by count of those bacteria that are adapted to the upper intestine—specifically the Lactobacillus species:L. acidophilus NCFM® and L. paracasei Lpc-37™. The remaining 50% by count is provided by Bifidobacterium species, which are adapted to the lower intestinal tract. These strains are B. lactis Bi-07™ and B. lactis Bl-04™.

More and more people understand the link between gut health and overall health and well-being. Gut health can be negatively influenced by the stresses of everyday life – poor diet, skipped meals and travel, as well as antibiotic and prescription drug use to name a few. For example, antibiotic associated diarrhea (AAD) is experienced by 1 in 5 antibiotic users or 180 million people annually. Studies have shown that one of the most effective and natural precautions consumers can take to overcome the negative effects of gut stresses, such as antibiotic therapy, is to supplement the diet with an efficacious dose of live and active probiotic bacteria. For patients who are experiencing general gastrointestinal discomfort caused by these daily stressors, doctors frequently recommend eating yogurt. However, not all yogurts contain probiotics. Furthermore, yogurts and most probiotic supplements deliver a far lower dose of probiotics than contained in HOWARU® Restore II.
Additionally, most of these products lack any clinical data supporting their ability to rapidly reestablish gut microflora after GI stress. The beneficial effect of HOWARU® Restore probiotics on the incidence of AAD and Clostridium difficile-associated diarrhea (CDAD) during and after antibiotic use has been confirmed in a large (N = 503), randomized, triple-blinded, placebo-controlled, dose-ranging study in healthy adult, inpatient volunteers requiring antibiotic therapy. In this study, the primary objective was to investigate the incidence of AAD at different doses of the HOWARU® Restore II probiotic compared with a placebo. The secondary objectives were to investigate the dose effect on the severity and duration of AAD and CDAD, the number of liquid stools per day, fever, bloody stools, bloating and abdominal pain. Subjects were stratified according to age (30–49 and 50–70 years), sex, and antibiotic treatment duration (3–8 and 9–14 days). HOWARU® Restore was administered from the start of antibiotic therapy and continued for 7 days after the cessation of antibiotic treatment.
Key study finding: HOWARU® Restore II lowered the incidence of AAD, CDAD and gastro intestinal symptoms in a dose-dependent manner in adult inpatients.
HOWARU® Restore has been shown to reduce the impact of AAD in patients undergoing antibiotic therapy. Clinical study patients experienced a significant reduction in each of the following:• Number of episodes of AAD• Duration of diarrhea and number of liquid stools• Diarrhea-associated symptoms such as fever, bloating and abdominal pain.

For Diarrhea, take 1-2 capsules a day while problem persists, and for at least 2 weeks afterwards.

For maintenance of the intestinal microflora, take 1 capsule daily.

*Note: During antibiotic therapy, wait at least 3 hours after taking the antibiotic to take the product. 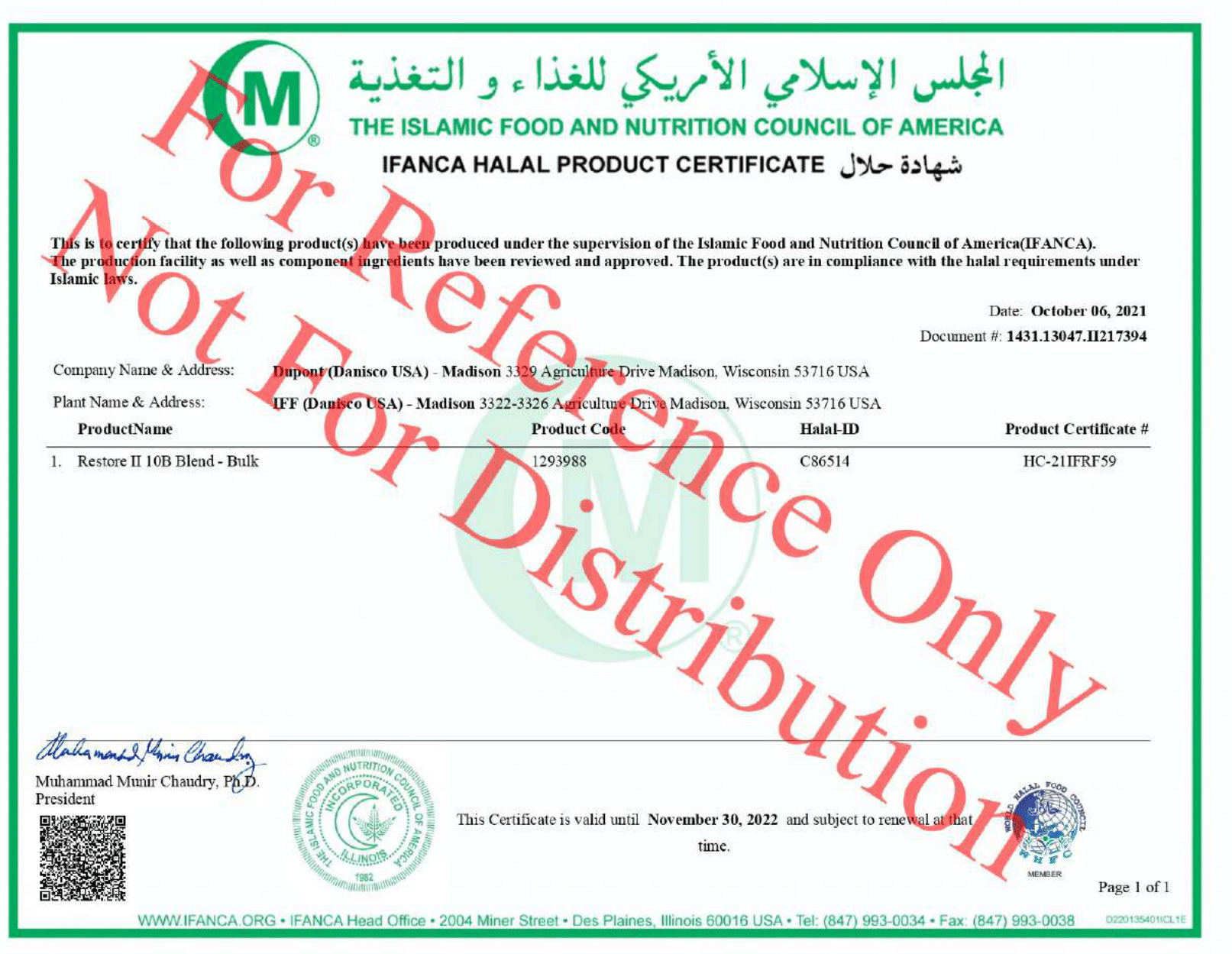