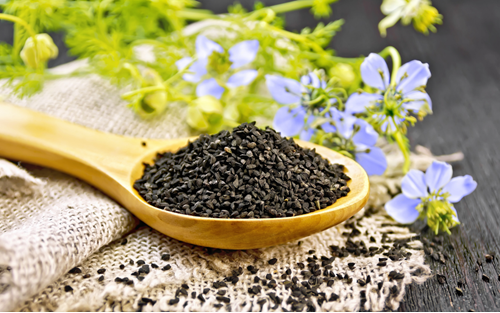 According to the World Health Organisation (WHO), more than three-fourths of the communities in resource-limited countries depend on medicinal plants for their primary health care needs. Approximately 60% of the societies are unable to access and/or afford modern medicines. In line with the new progress in the area of optimum nutrition, there is a resurgence of interest in the use of plants as a source of food and medicine. One nutrient that sparked the interest in phytomedicine for its many health benefits is black seed.

Black seed has an astonishing history, having been used for over 3000 years in both culinary and medicinal purposes. It is recognized as Haba al-Barakah (The Seed Of Blessing) in Middle Eastern countries due to its amazing wealth of health benefits. The holy prophet Muhammed stated in his Hadith (teachings) ‘Hold on to the use of the black seed for it has a remedy for every illness except death’ and is considered as ‘Prophetic medicine’ in the Muslim community. In ancient times, black seed was considered by herbalists as “The herb from heaven”. This nutrient-rich treasure is also mentioned in the Holy Bible for its curative properties. Black seed was also found in the tomb of Tutankhamun and it was reported to have been used by Cleopatra to retain her beauty.  Numerous scientific studies are in progress to validate black seed as the most highly acclaimed herb for its amazing wealth of health-giving benefits.

Black seed extract is obtained from the fruit of Nigella sativa plant, a small flowering plant that grows in Southwest Asia, the Middle East and Southern Europe. It has attractive whitish or blue flowers, with a fruit capsule that reveals small, triangular seeds that turn blacks upon exposure to the air. Black seed is called many names i.e., black cumin seed, onion seed etc. Black seed extract provides multifaceted benefits in immune health and function. It has become one of the ingredients in balancing and supporting both innate and acquired immune function due to its multiple nutritional compounds. The research on its multiple health goodness is pretty extensive, primarily in the areas of cardiovascular health, inflammation, diabetes, fatty liver, obesity, kidney diseases, lungs protection, arthritis and skin protection. 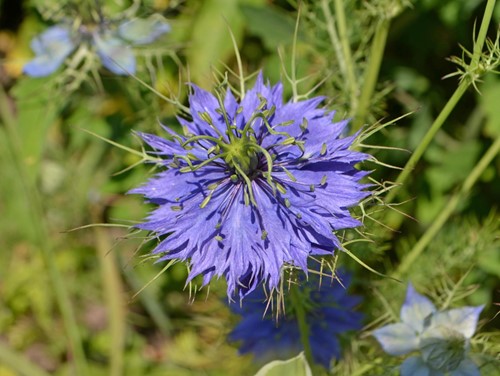 The basis of black seed extract’s powerful effect lies in thymoquinone, its major bioactive compound. Thymoquinone has potent therapeutic potential for a variety of health issues but one area it really shines is in the inflammatory response. Pro-inflammatory cytokines such as tumour necrosis factor (TNF)-α and interleukin-6 (IL-6) are commonly seen in an active immune response and as a part of the cytokine storm. Thymoquinone has proven its ability in the inhibition of the pro-inflammatory cytokines production, leading to all kinds of amazing black seeds extract benefits. It has been reported to help with diabetes, asthma and cancer.

The biological compounds of Nigella sativa (black seed) are widely used as complementary drugs all over the world. There are many studies published so far that have confirmed its pharmacological capabilities in regulating inflammatory cytokines in obstructive respiratory disorders. To date, there is no suitable treatment found for the pandemic. Various symptoms of patients who were infected indicated the importance of immune regulation in the human body. Severe cases that lead to admission into the intensive care unit showed high levels of pro-inflammatory cytokines that enhanced the disease severity. Acute Respiratory Distress Syndrome (ARDS) in the patients is another critical factor of disease severity and death. Thus, immune modulation is the only way to regulate the immune system. Black seed extract is known for its immune-regulatory, anti-inflammatory and antioxidant benefits in obstructive respiratory disorders. 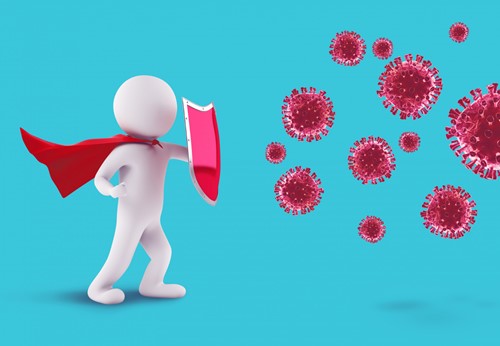 Our immune system is complex and sometimes reacts in ways that we still do not fully understand. While the immune system is designed to protect the body from foreign aggressors, it may sometimes cause serious harm while protecting us. One of the common ways this occurs is when the inflammatory response becomes imbalanced, triggering a cytokine storm within the body. A cytokine storm happens when the immune response is unregulated and produces too much cytokines in the body. Cytokines are proteins released by the immune cells and play a central role in multiple immune and inflammatory functions. Pro-inflammatory cytokines are secreted to help fight infection but sometimes when there are too many immune cells activated in a single location, they cause a storm. Depending on the severity and location, the consequences can range from mild symptoms such as fever and increasing occurrence of infection to organ failure and even death.

Black seed is used in many conditions and diseases but the most promising research done on it is the one connecting black seed to multiple drug resistant bacteria. It is able to help get rid of superbugs such as MRSA (methicillin resistant S. aureus) that is resistant to conventional antibiotics. Strains of bacteria and viruses that are antimicrobial resistant are becoming impossible to treat. Approximately 5% to 10% of all hospital patients develop an infection from superbugs. People who are infected with superbugs have longer hospital stays and require more complicated treatment. Most do not recover well. A study conducted by Jawaharlal Nehru Medical College researchers to determine how black seed can be used against some of these superbugs and paired it together with several antibiotics such as Amoxicillin, Gatifloxacin and Tetracycline. Out of 144 strains which were resistant towards a number of antibiotics, 97 were inhibited by black cumin extract.

Our liver is the most important organ in the body for detoxification. Almost all the toxin that enters the body will be sent to the liver for detoxification and our liver also produces bile which assists in fat digestion in the intestine. The cause of liver problems may be due to excessive intake of alcohol, high sugar intake or due to side effects of certain types of medications that subsequently lead to fatty liver and liver cirrhosis. Black seed extract could help to speed the healing process of the liver. In a clinical study using animal models, scientists discovered taking black seed extract improves liver function and prevents further damages to the liver and liver diseases.

There are decades of research on the benefits of black seed in immune health and metabolic health. It is undeniable black seed extract cannot be disentangled from its metabolic health properties because metabolic changes can influence the immune system. A human clinical trial was performed on 114 type 2 diabetes patients whereby one group was given activated charcoal as placebo and another group received 2g of black seed in addition to their diabetes medications, daily, for a year. Black seed was proven to show a significant reduction in fasting blood sugar and HbA1C. HbA1C levels measure the average blood sugar over the course of 3 months. Long term supplementation with black seed also enhances the antioxidant defence system.

The Journal of Diabetes and Metabolic Disorders published a study reviewing the plants that have anti-obesity properties and discovered that black seed extract is among the most effective natural remedies. A 2015 randomized, double-blind controlled clinical trial on 50 obese women aged 25 to 50 years old with either a low-calorie diet with 3g/day black seed oil or low-calorie diet with 3g/day placebo for 8 weeks. Black seed oil taken together with low calorie diet was found to decrease weight and increase SOD level in obese women.

Effective Adjuvant Against Asthma And Allergies