SAM-E, THE MOST IMPORTANT MOLECULE FOR DEPRESSION, LIVER AND JOINTS 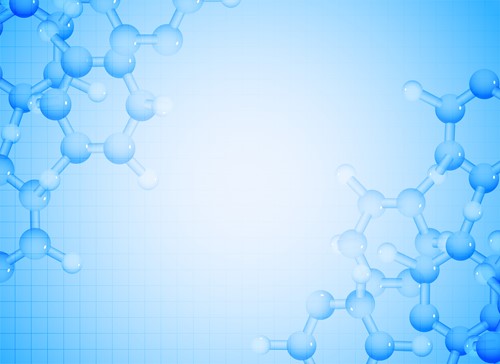 S-Adenosyl-L-Methionine (SAM-e) was first discovered in the early 1950s by Giulio Cantoni (Cantoni, 1952). It is a natural substance found in every cell of our body and brain. It regulates over 100 different key functions in the body. It is classified as a supplement in the US and Malaysia, and a prescription drug in some European countries. Some people take it for depression, joint and muscle disorders, liver diseases, and more. 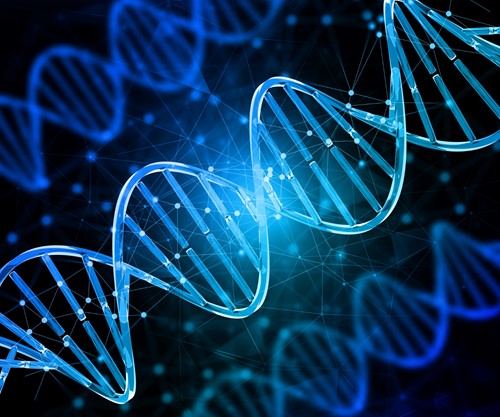 As a supplier of a methyl group and organic sulfur, SAM-e drives complex metabolic reactions that control cell growth and lifecycle, inflammation, brain chemistry, and more. SAM-e is key to proper methylation in the body. It keeps the DNA methylated, which may prevent cell mutations. It also methylates amino acids and phospholipids and increases important neurotransmitters. This helps SAM-e achieve potential antidepressants.

The brain needs SAM-e to make serotonin, dopamine and norepinephrine which support mood, motivation, and overall mental health. In a review of published trials, The American Agency for Healthcare Research and Quality (AHRQ) concluded that SAM-e was effective in treating depression, arthritis and liver disease, especially in cases when there were no other treatments being proven effective. SAM-e is shown to activate neurotransmitters serotonin and dopamine and increase the fluidity of nerve cell membranes to make the neurons more responsive. SAM-e was first developed in the early 1970’s as an antidepressant. It has been studied in over 40 clinical trials involving 23,000 adults (Marano, 2016).

SAM-e  combats oxidative stress and protects the cells by boosting the production of a master antioxidant, glutathione. SAM-e is involved in the synthesis of glutathione in the body. It helps to combat free radicals that cause damage to the body cells. Glutathione detoxifies chemicals, toxins, pollutants and drugs.  In cartilage health, SAM-e was demonstrated to reduce the cartilage damage, inflammation and pain. Some people with depression have high homocysteine levels due to poor methylation. Vitamin B12 and folate deficiencies can impair SAM-e production and, in turn, raise homocysteine and lower serotonin and noradrenaline. The communication between brain cells occurs through neurotransmitters such as norepinephrine, dopamine and serotonin. The function of neurotransmitters is to transfer messages from a cell to another and to determine a related response. Low levels of these neurotransmitters affect the mind and mood of an individual. It is thought that SAM-e exerts its antidepressant effect by increasing the neurotransmitters that are crucial in mood, behaviour and emotion regulations.

The first research on SAM-e’s antidepressant effect dated back to 1973 when scientists were evaluating its effects on schizophrenic patients. It is worth taking note that a significant proportion of them became less depressed (Elkins,1999).  Over the years,  the reviews of many studies concluded that SAM-e was as effective as its pharmaceutical counterparts, had fewer side effects, worked within a few days and was well-tolerated by elderly patients (De Vanna M. et al,1992). These results were confirmed by an open clinical trial of 20 patients who failed to respond to standard antidepressant drugs. There is a significant improvement in all the 20 patients with seven of them experiencing full antidepressant effects (Rosenbaum J.F. et al, 1990).

According to four studies with over 170 patients, SAM-e (800-1,600 mg daily) can even combat drug-resistant depression when added to standard treatment. It provided significant improvement in 35-60% of the patients. 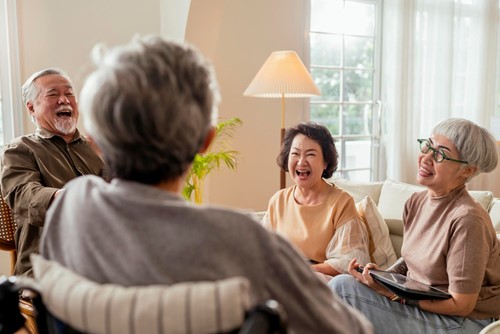 Another interesting review by Sharma et al. published the end of 2017, involving 132 studies i.e. 115 clinical studies and 17 preclinical studies. These studies demonstrated that oral doses of SAM-e have similar effectiveness to antidepressants. It has been shown to be effective in relieving all forms of depression except bi-polar disorders. It is particularly beneficial in cases of depression that have no apparent cause.

SAM-e encourages the formation of the most essential substances in the body, namely amino acid glutathione. Glutathione is both an antioxidant and detoxifier (Guo et al, 2015). While the liver tissue can be destroyed by chemicals, pollutants and drugs, it is fortunate that it is able to regenerate itself. Glutathione is a weapon used by the liver to eliminate toxins. 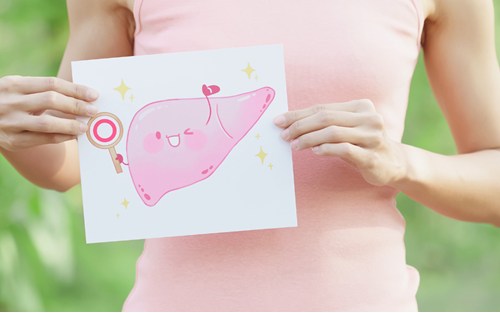 When it encounters a toxin such as pesticide or drug, glutathione will immediately bind to the toxin and makes it more water-soluble. Thus, the toxin can be eliminated via urine without causing more damage to the liver. When the liver is overwhelmed by toxins, it is not able to produce sufficient glutathione and lesions will occur. SAM-e is essential for the production of glutathione and it has been found to increase glutathione levels. The liver contains a lot of fat and mitochondria, which produce free radicals. The free radicals will harm the liver if it does not have sufficient glutathione. Many liver diseases arise from free radicals, lipid peroxidation and oxidative stress.

In one study, 24 participants were given daily oral supplementation of SAM-e at the dose of 1200mg for six months. It was observed that patients suffering from alcoholic and non-alcoholic liver disease had an increase in liver concentrations of SAM-e (Vendemilae G. et al, 1986). In short, SAM-e boosts the master antioxidant, glutathione. Glutathione guards the liver against different chemicals, toxic metabolites, and oxidative stress. 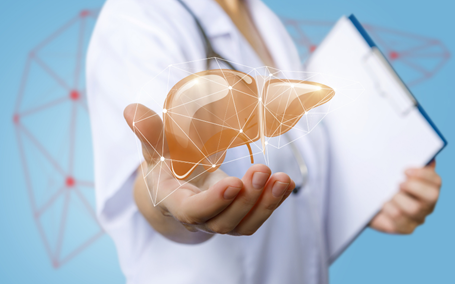 SAM-e’s most significant benefits are found in the liver. The liver contains the third highest amount of SAM-e in the body. It is necessary for liver function. It is a basic nutrient for this organ. Someone with chronic liver disease has a lower level of SAM-e because the disease  reduces the liver's ability to synthesis SAM-e.  This  continuous  low level of SAM-e will further damage the liver and lead to fibrosis and cirrhosis. This is why individuals with liver damage caused by alcohol, toxins or diseases such as hepatitis are at greater risk of developing liver cancer. SAM-e has been demonstrated to reduce the risk of developing liver cancer. It plays a significant role in the regeneration of the liver and repair liver damage. In a meta-analysis of 12 clinical trials (705 patients), SAM-e significantly reduced two markers of liver damage: bilirubin and AST. The researchers observed these effects in patients with:

Liver disease can lead to cholestasis or reduced bile flow. Bile acids and toxic metabolites build up and can further damage liver cells. According to two clinical reviews, SAM-e (1,600 mg daily) can improve markers of liver health in cholestasis and relieve symptoms such as skin itching, fatigue, and discomfort. 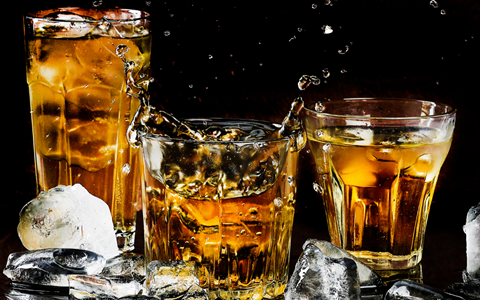 SAM-e may also reverse cholesterol buildup in the liver and shield it against toxic drugs such as paracetamol and steroids treatment with NSAIDs and other painkillers may cause stomach ulcers and other adverse effects, SAM-e could be a safer yet equally effective alternative.

SAM-e is Beneficial for the Joints Studies have shown that SAM-e has good evidence as a treatment for osteoarthritis pain. Osteoarthritis (OA) attacks the cartilage of large joints, such as the knee or hip. It causes joint pain and stiffness, which reduce patients’ quality of life. A review of clinical studies with over 20,000 patients supports the use of SAM-e for osteoarthritis. It has the same effect as commonly-used NSAIDs such as ibuprofen and Celebrex with fewer side effects. SAM-e has an analgesic effect but the mechanism responsible for this effect is not yet fully elucidated. SAM-e’s analgesic effect uses a different mechanism than NSAIDs. Thus, it does not produce the side effects associated with NSAIDs. However, SAM-e may take longer to act than common drugs in reducing inflammation and pain. Some trials have suggested that SAM-e may significantly increase the concentrations of corticosteroids in the body. Therefore, it may contribute to the anti-inflammatory effect in animals and humans.

The first study to investigate SAM-e’s effect on osteoarthritis involving 90 patients with severe degenerative joint disease. It was found that the intravenous administration of 30mg SAM-e, twice daily for 2 weeks, was able to produce considerable anti-inflammatory effects with no side-effects (Poli E.et al. 1975). In a different study conducted at the König Institute of General Medicine in Germany tested the efficacy of SAM-e on 106 patients with osteoarthritis of the knee, hip or spine. The patients received 600mg of SAM-e once daily for a fortnight. Subsequently, the dose was lowered to 400mg daily for the rest of the study. Improvements were recorded after just two weeks of treatment and was continued until the end of the study (Konig B., 1975). Numerous studies conducted across the states in the US and Italy were found to be equally effective at relieving arthritic pain (Caruso I. et al. 1987, Bradley J.D. et al., 1994). In a different study, scientists in Argentina found no difference observed between SAM-e and an anti-inflammatory drug, piroxicam, in terms of efficacy and tolerance. However, the clinical improvements obtained at the end of the study were maintained longer in the SAM-e group as compared to those who were given piroxicam (Maccagno A. et al, 1987).

SAM-e was safe in most clinical trials. The most common side effects were nausea and other digestive issues, followed by anxiety. SAM-e supplementation doesn’t increase the levels of homocysteine and the risk of heart disease. SAM-e was safe in studies on pregnant women, but they should take it under strict medical supervision. Children should avoid it until we know more about its safety.​

In conclusion, to maintain a healthy level of SAM-e, supplement is very much needed because its levels will start to deplete especially by the time we reach our forties. Our body requires the amount of SAM-e that diet alone is not able to provide. SAM-e boosts glutathione and supports methylation.  People with depression, liver disorders, and folate deficiency make less SAM-e and may benefit from supplementing.  SAM-e can also help with joint and muscle pain. Kordel’s SAM-e is from Adonat, the leading brand of S-Adenosyl-L-Methionine that has more than 30 years of expertise and 10 patents. Adonat is the commercially stable form of SAM-e and has been shown to enhance the mood, protect the liver and joint health.